Is the Monkeypox Outbreak a Public Health Emergency?

COVID-19 has undoubtedly changed the way people around the world think about diseases, and it also changed the way policymakers, scientists, and health authorities respond to new outbreaks. After more than two years of fighting the SARS-CoV-2 virus, a recent outbreak is now threatening to become a new source of anxiety for healthcare professionals around the world. According to the Centers for Disease Control and Prevention (CDC), more than 5,000 Americans have been infected with the monkeypox virus—part of the same family of viruses that causes smallpox.

Smallpox is not only one of the most devastating diseases in human history, but also the first infectious disease to be successfully eradicated worldwide. While monkeypox is a similar disease with milder symptoms, it’s understandable that the new monkeypox outbreak is quickly becoming a cause for concern. However, according to the CDC, monkeypox is rarely fatal and vaccines are already available for those who have been exposed to the virus, as well as those who are more likely to get infected. The health protection agency is closely monitoring the recent outbreak that has spread across several countries that don’t normally report cases of this rare disease. The CDC advises healthcare providers in the US to remain alert.

WHO officials indicate that the risk of the disease spreading remains higher in Europe. However, the US recently reported the highest monkeypox case count in non-endemic countries. According to the CDC, 99.1% of US cases are men, and only 13 American women contracted monkeypox since the 25th of July, 2022. The highest number of US cases (98.4%) is among men who have sex with men (MSM), and the median age is 35. The situation seems to be similar worldwide, prompting Tedros Adhanom Ghebreyesus to advise all countries to collaborate with MSM communities in adopting measures that support the health, human rights, and dignity of this community.

Ongoing Efforts to Stop the Outbreak

Because the recent monkeypox outbreak has disproportionately affected the MSM community, efficiently communicating with this community, and providing its members with relevant information, has become especially important. However, it should be noted that MSM communities—as well as other LGBTQA+ communities—are already facing stigma. The CDC recommends that people get vaccinated if they were exposed to the virus or if they are considered to be at risk.

When it comes to prevention, vaccination, and treatment, the Food and Drug Administration (FDA) is also making important efforts to provide Americans with better diagnostic tools, vaccines, and therapeutics. According to the agency, the JYNNEOS vaccine has already been approved for the prevention of smallpox and monkeypox in 2019, and it continues to be used in preventing monkeypox infection in adults aged 18+ years.

While JYNNEOS is currently the only vaccine approved for the prevention of monkeypox in the US, the good news is that the agency is working with its partners to provide Americans with all the necessary doses. With no other FDA-approved medicine available, prevention is extremely important.

Unlike COVID-19, however, the monkeypox disease is rarely fatal, and only seven deaths have been reported worldwide. Even so, with the WHO saying monkeypox is now a public health emergency of international concern, worries about the outbreak remain high in the US and abroad—and new efforts are needed to prevent the spread of the disease.

Are metaverse applications becoming a reality in medical training?

Check your medicine cabinet! How to find recalled drugs

A New COVID Wave Could Hit the US This Fall

Did the US Jump the Gun With the New Omicron-Targeted Vaccines?...

AI in Healthcare News and Updates 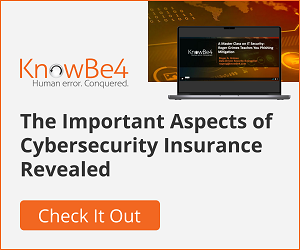